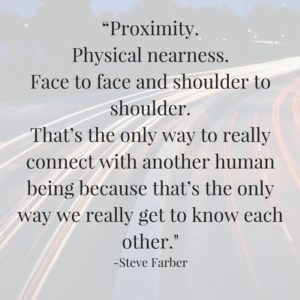 Closer, dealmaker, phone demon, top producer, Cameron Summerfield is a sales god. He came to work at ILGI fresh out of state college where he’d graduated unceremoniously with a liberal arts degree. Armed with a diploma on the wall and the money bug up his butt, he finagled an interview at the exploding mortgage company and, of course, nailed it. He raced through training and attacked the phone with the enthusiasm and compassion of a taunted pit bull, setting a record for new loans in a single month in the first month of his career. His third month on the phone yielded a commission check of $80,000. That’s not a misprint, and it was no fluke. Cam was golden week in and week out. He bought a loft in downtown San Diego, a Blaupunkt sound system, and a Porsche Carrera. He was 26 years old.

Now he was the youngest senior vice president in the history of the company. His promotion, it was beginning to seem, being Rich Delacroix’s big mistake. The problem, apparently, was really pretty simple: the salespeople, who all ultimately reported to Cam, hated his guts with a steaming passion. Turnover, which was already high in the mortgage industry, was through the roof, and ILGI’s best sales talent was bailing at an alarming rate.

“Why? What’s he doing that’s so despicable?”

“Look,” Rich said. “Don’t misunderstand, I happen to like Cam very much, and there’s no doubt that he’s an extraordinary salesman, but leadership doesn’t come as naturally to him as closing deals. I want him to make this work, but he’s flat out brutal with the sales team. I’m a believer in incentives and disincentives, too; I like a little friendly competition among the team. But he takes it all too far.”

“I’m going to need you to be more specific, Rich. I could interpret that in all kinds of ways. I mean, brutal is a pretty strong word. He’s not, like, jamming wood splints into the soles of people’s feet, right? So what does Cam’s brutality look like?”

“I’m not going to tell you that right now.”

Rich pointed over my shoulder and I looked back as the door swung slowly open. “Okay to come in?” called a voice from the hallway.

“Give us a few more minutes, Cam. Be right with you.” The door shut with a quiet click.

“Oh. So you just want me to dive right in, huh?” I paused for a second before continuing. “Tell you what, Rich. I don’t really know if I can help or not, but I’ll make you a deal. Starting tomorrow morning let me hang out with Cam for a day or so, get to know him a bit. If we hit it off you can start paying me. If we don’t get along, we’ll part ways and I won’t send you a bill.”

“Sorry,” he replied. “I’m a little confused. You want to hang out with him? What does that have to do with coaching?”

“Do me a favor,” I said. “Go over to your computer and Google executive coach.” He remained seated, staring at me. “C’mon. Humor me.”

Rich walked over to his desk, typed the words on his keyboard, and hit return.

“Add another 700,000 or so for leadership coach and 130 grand for management coach and you get the picture, right? Listen, Rich, there are a lot of great coaches out there and some very fine coaching associations and curricula available to those who want to learn how to coach. But anyone can hang out a shingle on the Web and spend an hour a week on the phone with a client, and any one of them would be more than happy to work with Cam.”

“Unless what?” Rich interrupted.

I was flying once from New York to San Francisco after conducting a workshop in which I’d talked nonstop for two straight days. Now I’m not saying it was two days of sparkling verbal gems, mind you, but talk takes energy and mine was gone. Cashing in my first-class upgrades and relaxing in total, blissful silence with a good novel was what I desired the most. Golden ticket in hand, I stood in the boarding line and watched as they loaded up the families traveling with small children contingent. Inching toward the Jetway, a young woman dragged her squirming little boy by the hand. He wailed and howled at the top of his lungs as though she were tearing off his little digits one by one.

Having traveled with my own kids when they were little, I know how stressful a fussy child can be for the parent. Just as I was thinking how difficult this flight was going to be for the young mom, this guy standing in front of me yelled, “I knew it! I knew it! I heard that kid screaming in the terminal and I said, ‘that kid’s gonna be on my flight!’ I knew it. It never fails!”

What a jerk, I remember thinking. That poor woman was feeling bad enough already. She needed this jerk’s vociferous commentary as much as she needed a rabid hyena strapped to her leg.

A few minutes later I walked on the plane and to my horror I realized who my seatmate was: The jerk. I felt like screaming I knew it! Every time there’s a jerk on the plane they end up next to me! But I didn’t. Instead, I sat down, buckled up, pulled out my book, and locked my eyes on the pages. I sent out megatons of don’t talk to me vibes and felt confident there was no way he would dare to reach through my pulsating, death star force field. He couldn’t possibly have the gall to…

“Hey! Waddaya reading? Oh! I read that book! I’ve read everything by that guy! Do you live in Frisco or are you go- ing there to work? Man, am I glad I’m not sitting next to that kid. Did you hear that kid screamin’? Hey! Waddaya wanna drink?” He waved a hand in the air. “Waitress! They hate that, har-har-har! We are ready to start drinkin’!”

This situation is what’s known in behavioral psychology circles as a lost cause, so I closed my book, accepted the drink, resigned myself to several hours of pressurized cabin torture, and threw myself at the mercy of the verbose and soon to be plastered Jerk Man. Funny thing is, I had a great time. Sure, Jerk Man was a bit over the top. He was too loud, and, yeah, he had the emotional intelligence of a bottle nose fly, and I don’t mean that in a judgmental way, but he was interesting, eccentric, and a gifted raconteur. In short, by the time we landed in San Francisco, I was glad I’d met him.

“Pretty funny,” said Rich. “I assume you’re telling me this for a reason?”

“Yeah. Of course. Let me ask you a question with a ridiculously obvious answer. Why was Jerk Man talking to me?”

“I mean why was he talking to me and not the guy sitting back in 10C?”

Rich furrowed his eyebrows. “Ummm… because he was sitting next to you?”

“Right. I was strapped in next to him and not going anywhere for several hours. We talked and got to know each other for one simple, profoundly obvious reason: I was there.”

“And that’s why you want to hang out with Cam.”

“And that’s why I want to hang out with Cam.”

“Okay, I get it, Steve. One question, though: after hanging out with Cam, talking with him, getting to know him, what if you don’t like him? Does that really mean that you won’t work with him?”

“I wouldn’t worry about that.”