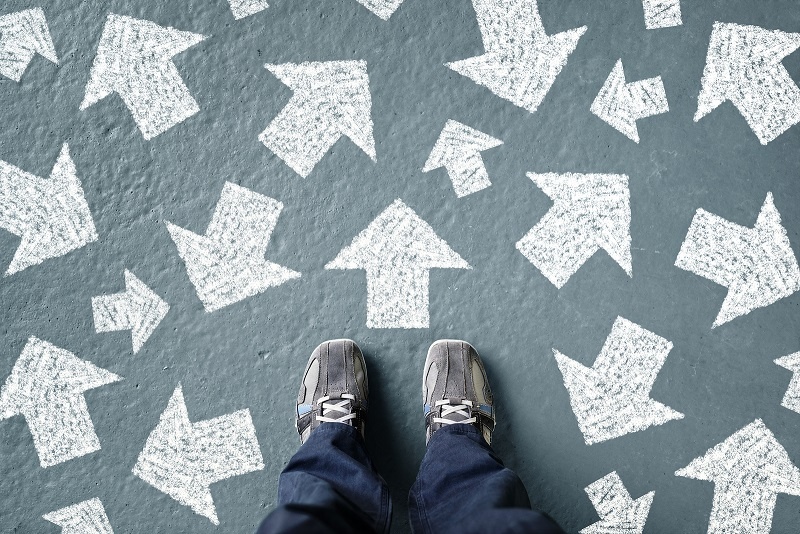 When a business, career, marriage, strategy, or some other aspect of life isn’t working, many of us take one of two options: We stubbornly resist change and continue to do what isn’t working, or we scrap everything and start something new–anything new. We fully commit to that course of action and burn the ships.

With the first option, we effectively embrace a joyless existence that lacks passion and fulfillment. The second option’s pretty popular, but it’s often just plain stupid.

My friend Adam Markel defines a pivot as: “a small change in direction that creates the potential for transformation.” This approach doesn’t demand that you make a dramatic shift and burn your ships. Instead, you manage change incrementally by “building a bridge to some other outcome while you’re still dealing with the bridge that you’re on,” says Markel, author of Pivot: The Art and Science of Reinventing Your Career and Life.

This type of pivot begins with clarity. When Markel had his pivot moment–an anxiety attack that he mistook for a heart attack–he told his wife if things didn’t change she would soon be a widow. But he had a thriving law practice, four kids, and two dogs, not to mention a couple of mortgages. He couldn’t sell it all and move the family into a cabin in Montana (even if they would join him). Instead, Markel pivoted slowly. It took nearly three years, but it led to the purposeful, incremental changes that transformed his life.

“Once you have clarity,” he says, “all you need to do is move one step in that direction every moment that you can.”

So how do you arrive at the clarity it takes to make meaningful personal pivots? Markel teaches these six basic steps:

We often go through life wearing the chains of limiting beliefs–the idea that we can only do this or we can never do that. These beliefs develop over time, often without us even realizing it. If we’re held hostage by beliefs that prevent us from getting where we want to go, we have to give them up. Thus, Markel recommends starting the quest for clarity by examining our beliefs and rejecting the ones that are holding us back from the life we want to live or the goals we want to achieve.

It’s hard, if not impossible, to find clarity until we’re willing to let go of the baggage that clouds our view of life. That includes old angers and resentments, but it also includes the idea that we need a full road map before we can even start the car. Leaders often like to have all the answers–to feel like we’re in full control. But if we wait for all the answers, we’ll never get moving.

Change, even in incremental doses, typically takes us out of our comfort zone. There’s a proper place for fear, and it’s not in the driver’s seat. In fact, it can’t hold the map or program the GPS. If we don’t understand our fears and take control of them, we can’t see where we’re heading, much less get there. This isn’t an easy process, but it’s essential to clarity.

We’re always changing from something to something else. From what to what? That’s a question of identity. Step four is about discovering who you want to be, and then, as Markel puts it, “entering the pivot phone booth” like Clark Kent and coming out as your real Superman self.

The next step is a search for your life’s purpose, which allows you to fully envision your future. This provides the ultimate target and helps ensure you put your ladder on the right wall before you climb. Then you can pivot incrementally toward the life and legacy you long to create.

The last step toward clarity is to make a decision about how you’re going to act. This isn’t just any old decision. As Markel puts it, this is a “commitment so powerful you simply must take action.” It’s the culmination of the hard work that went into the first five steps.

The mistake many of us make is to go straight to a decision without the introspection that provides enough clarity to actually make the right choice. When we do the hard work on the front end, however, we can pivot with confidence because we believe in ourselves, believe in where we’re going, and believe in our plan to get there.

“The real threat is not that you pivot and that you regret it,” Markel says. “It’s that you don’t pivot and you live to regret it later.”