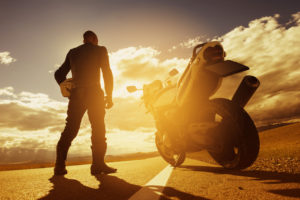 Well-intentioned friends used to tell Elise Mitchell that the journey is more important than the destination. She never bought it. And with good reason.

By nature, she’d always been a destination leader–one who was hyper-focused on the goal, the desired end result of her business. And it paid off.

She built a public relations company from scratch in the northwest corner of Arkansas beginning in 1995 and sold it in 2012 to a Dentsu Inc. She’s still the CEO of Mitchell Communications, but also now the CEO of the global Dentsu Aegis Public Relations Network.

I’ve often been destination-focused, as well, so I know leadership can be exhausting when we never take our eyes off the prize. On the other hand, as Mitchell discovered, the road there can be exhilarating if we find ways to enjoy the scenery.

As her company grew, Mitchell realized she needed to balance her stress-inducing style of focusing on the destination with reminders to enjoy the journey–not just for her sake, but for the benefit of everyone around her. She was burning out as a leader, and she was burning out some of her most important relationships.

Ironically, she found that balance by learning to ride a motorcycle. She chronicled her journey in her book, Leading Through The Turn, and spoke recently to me about it.

Here are three of her keys to combating stress and burnout that resonate with me:

Then, her husband finished medical school and they moved to his new job in Fayetteville, Arkansas. “I had a choice,” she told me. “I could go and be bitter or go and make things better.”

Mitchell made the most of the road she found herself on. She started her own agency and grew it despite the shallow talent pool in the region, the lack of potential clients in the market, and the limited connection to the mainstream agency world. These days, she has offices in Chicago and New York (in addition to Fayetteville).

“You have to be willing to scrap the map and go with the detours in life,” she told me. “If you do, you’ll go places you never dreamed of. Life always throws you uncertainty and change. But it’s often in the detours where you can find your biggest opportunities.”

When I’ve scrapped the map in my business life, it’s always led to something new and exciting. It’s not always easy, but it’s usually better than I could have imagined.

Find Your Role in the Pack

Mitchell’s company grew more than 500 percent from 2008-2013, so she had to quickly learn how to deal with the pains of rapid growth.

She realized she had to commit to letting others do more of the work she was good at and enjoyed. That’s a real struggle for many destination leaders. If they can do something, they want to do it–even if they’ve outgrown that role in the organization. (Sound familiar to any of you?)

One day she wrote something profound on the flip chart in her office: “Focus on only what you can do. Give the rest of it away.”

There are some things only a CEO can (and should) do. Mitchell needed to give those her full attention and let go of the work she’d done well for years.

“What did you give away?” I asked her.

“All the good stuff,” she said. “That meant all that was left for me was the stuff in the job description of a CEO.”

Releasing “the good stuff” makes everyone around you better. And the new stuff turns out to be pretty good, as well.

There was a time when Mitchell had very few hobbies. What did she do when she was away from work? Well, she worked, of course!

Now she rides her motorcycle on trips with her husband, runs half-marathons, travels, and is an avid photographer.

All of those things can consume someone with a destination focus–so it’s not just about having more hobbies. It’s about investing in yourself so you can be healthier and happier as you invest in the lives of others, at work and at home.

A journey mindset allows you reduce the stress and enjoy the ride, but it doesn’t mean you neglect the destination. You need both.

Mitchell has learned something all leaders can take to heart: how to be a destination leader with a journey mindset. That’s how you make your leadership ride exhilarating instead of exhausting.