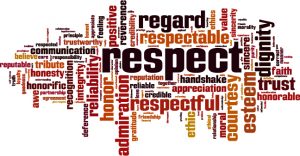 If you’re a good leader, you probably encourage your employees to come to you with ideas, feedback and complaints. Plus, most modern companies have some chain of command set up to “listen” to workers, ranging from employee help lines, surveys and check-in meetings all the way up to extensive HR structures.

But that’s not the kind of listening I’m talking about. I’m talking about walking the talk of deeply including employees in the life of your company. If you do, you’ll run far less risk of being surrounded with disloyal and embittered people who don’t give you their best.

Learning to truly listen to workers will make your company better and, by extension, the world a more productive and happier place. Here are three ways you can honor your employees by letting them know they are really being heard this Labor Day and throughout the year.

Be on the other end of the line when ideas come calling.

Don’t fall into the habit of asking people for their ideas and then ignoring them. In a recent casual conversation with an acquaintance, who happens to be a middle-manager for a publishing company, she mentioned that the company was restructuring. This, of course, meant lots of meetings where people were asked to share ideas.

Seeing an opening to distinguish herself, she sent follow-up emails full of ideas and suggestions. In return? Radio silence. No response from any of the upper management who had so encouraged the sharing of ideas. Now she is doubting if actually speaking up was a good idea.

If you don’t want your people to disengage from thinking about the future, you need to have a real mechanism for listening to them and responding. Even if the answer is “no” or “not yet,” answer the email. Have the conversation.

Take action on as many ideas as possible.

Does your organization make real, durable changes based on the valid complaints or useful suggestions employees make? If there is something truly dangerous or something that threatens future profitability, you’re probably set up to make changes. But what if your employee finds an obstacle to completing tasks efficiently, and possibly you have to reorganize things to fix it?

In a study of more than 27,000 employees, Leadership IQ learned that only a quarter of employees agreed with the statement, “Good suggestions or valid complaints from employees lead to important changes.”

If you don’t already have a real, transparent mechanism for allowing your employees to take the action necessary to fix many of their own complaints–put one in place.  I’m not talking about a suggestion box that never gets opened, but a tangible set of steps that everyone knows about– where real lasting changes are a possibility and people aren’t afraid of repercussions for their suggestions and observations.  Report and reward the results of positive change based on the feedback you get.

Believe in the power of keeping your ears open.

Only 23 percent reported their boss “responds constructively” when the employee shares work problems, according to that same Leadership IQ study. Let’s be honest: That’s about ego and turf protection, not about making the company better. If you know about my philosophy of Greater Than Yourself, you know that I firmly believe true leaders seek to elevate the people around them. Elevating people means opening your ears and keeping them open, giving people the power to come up with audacious, world-changing ideas, and helping them turn them into reality.

Think it over. Sure, you can do what a lot of companies do and issue an “anonymous” survey online, or meet with people in small groups and tell them you really care about their ideas. But do you trust each employee as an expert in what he or she does every day?

You should be approaching suggestions and complaints from your employees with the same seriousness you give to suggestions from your doctor or attorney. Make that mental shift, and see how your company benefits.