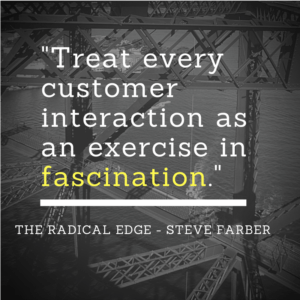 I tried to peer over Cam’s shoulder, but he created a barrier with his arms as if blocking a cheating neighbor during a high school exam. I kept my mouth shut and let him scribble, which he was doing furiously. Suddenly I had the sense that someone was watching us and turned my head to see Agnes standing behind our booth, looking at Cam with a satisfied smile.

Cam jumped and turned his head as well. “Yeah, well, something to do while we were waiting for you.” He slapped shut the notebook and started to stuff it back in his pocket.

“Keep it out, please, Cam,” she said as she slid back into the booth. “You may want to take some notes.” She turned her gaze to me and raised her eyebrows questioningly.

“Ummm… well… I haven’t gotten around to picking one up yet,” I told her. “I’ve got a tablet at home that’ll do the trick, but I haven’t been there since this morning.”

She picked up Mary Ellen’s order pad, which had been sitting at the end of the table. “Here, use this.”

“Just take it.” She pushed it to me across the linoleum tabletop.

It was fresh and unmarked and as I flipped through the glue-bound pages, it was clear that this was not your typical server tool. The first half of the pad had the words Scan & Eavesdrop printed along the top of each page, followed by several pages with the heading Ponder. Farther back, another series said Talking Points, and the leaves in the final section each carried the heading of Try This.

“That’s Mary Ellen’s own design,” said Agnes. “And it has to do with one of the many reasons that young woman is so extraordinary. Mary Ellen makes it her solemn mission to get to know—I mean really know—everyone who sits in her section. To the point where,” she tapped on Cam’s hand, “she’ll know what side to serve the coffee on. She doesn’t always succeed, mind you, and it does take her longer to turn over a table, but you know what happens? Her customers love her so much that they come back again and again, and will keep coming back as long as Mary Ellen is alive and well and working at The Wake-Up Call.”

“So where does the pad come in?” I asked, flipping, once again, through the pages.

“Simple, really,” Agnes beamed as though bragging about a favorite daughter. “She doesn’t have to write orders, carries it all in her head. So, instead, she treats every customer encounter as an exercise in fascination. They think she’s writing down their orders, but she’s really capturing little  gems  of  conversation  and  behavior—little  nuggets of humanity. She may look like she’s just waitressing or hostessing, but she’s not.”

Cam was clearly trying to get his mind around this. “Then what is she doing?”

“She’s pursuing the Radical Edge, sweetheart. Her WUP is just the tool to get her there and keep her there.”

“And there is where, exactly?” I asked, trying to recall what Edg had said in his letter.

“The Radical Edge is that zone of total value, total significance to one’s self and to others. It’s about achieving the simultaneous fulfillment of three of life’s seemingly incompatible spheres.”

Something had shifted in Agnes’s tone. I was getting a glimpse behind Oz’s curtain and seeing Her Wizardness for what she really was. Sure, she was a successful entrepreneur; sure, she was a kind though stern motherly figure but above all, I now saw, she was a philosopher who thought very deeply about things and took those thoughts very seriously. “Your business, your personal life, and your effect on the world,” she said. “When you’re hitting on those three cylinders simultaneously, you’ve achieved the Radical Edge and life takes on an entirely new level of meaning.”

“Smitty gave us a tutorial on WUPing this morning, but I think you’ve just put it in context for me,” I said, stroking my chin in a scholarly manner. It’s the only scholarly manner I have, come to think of it.

“Oh, yes, well, Smitty… Smitty is a WUP master,” she chuckled at her description. “But that’s not exactly a coincidence, my friends,” said Agnes. She leaned in with a conspiratorial twinkle in her eyes. “I’m the one that started Billy Maritime down this road many, many years ago, and Billy taught it to Smitty when he was just a young pup like you, Cam.”

Excuse me? “You taught this to Pops?” I don’t know why I was stunned, but I was. “How did that happen? I mean, how were you two connected? You know what I mean.” I was all but stammering.

“It was nothing formal, Steve. At first, he was my customer. He’d come in here with little Theodore—sorry, Edg—and our friendship just developed over  the  years. We did a lot of talking, that’s all. Do enough talking, for enough years, and you’re bound to not only learn from each other, but also help each other out along the way. He was the real genius; I just kind of goosed him along.” She paused for a moment, obviously lost in reverie, and then let out a deep, trembling sigh. “Don’t ever let anyone tell you that customers are just customers. If that’d been my attitude, I’d have missed out on one of my life’s greatest treasures: Billy ‘Pops’ Maritime and his little boy, Edg.”

I don’t know if she’d meant to, but Agnes had baited the hook, tossed it into the pond, and jerked the line with perfect finesse. Cam was snagged. For him, merely mentioning the Maritime name made Agnes ripple with credibility; the fact that she knew Pops so well made her virtually irresistible. That’s pretty much how I felt, too.

Agnes snapped back to the present. “But you’re not here to talk about the Family Maritime, are you?”

“Works for me!” I exclaimed.

“Some other time, Steve.” She responded looking at Cam, who met her eyes with full attention, pen at the ready in his left hand. That was a first, and it was clear that Agnes was going to take full advantage.

“Stoke your business, amp your life, and change the world—a modest promise, to be sure,” she said with obvious understatement. “We’ll take them one at a time, starting with business, okay?”

“That’s what it’s all about for me,” Cam responded. “Chuck the other two, far as I’m concerned.”