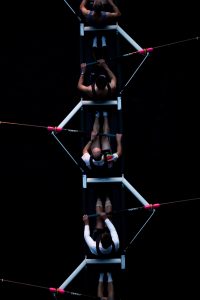 They’re not wrong, but I would like to suggest that they aren’t going far enough. What do I think you should be looking for when you interact with others? I can tell you in one word: win. Not win-win; just “win.”

Before I explain that, let me go back to the idea of “win-lose” and avoiding it at all costs. Don’t limit yourself by refusing to see the value of losing. For one thing, sports are good, right? But you are not going to win them all.  You should learn from losing, you should be a good sport, and it should be a growth opportunity.

But let’s move on to something more enjoyable: the win-win proposition. It is a classic leadership trope. The place where it starts to go wrong is when you are dealing with relationships that should be collaborative, not competitive. A marriage should not be a competition where anybody “wins” and neither should most business relationships.

Now think about being a mentor, coach, or boss. If you apply the concept of working together with the aim of winning together—not both winning separately—you will arrive at something I call the Greatness Paradox:

The greatest leaders become so by making others greater than themselves.

The way I approach mentoring is as an investment. You, as a leader, should approach the people you mentor as leaders themselves, even if their time to lead is far down the road. Your goal should be to raise them up even higher than you have gone yourself. If you can do that, you have arrived at my one-word solution to get you where you want to be: a “win” relationship.

No law of nature or man dictates that you can only succeed if I fail; you can only be fulfilled if I come up empty. There is room for everyone, and I mean everyone, to know a life that is  fulfilled, enriched, enlightened, self-actualized—insert your favored term here—that feels like winning.

It all starts with you, as a leader, choosing to devote yourself to ultimate leadership. It starts with developing other leaders who will go on to even greater heights than we have. There is absolutely no requirement for you to lose so that others can win.

To achieve this, we have to lead with love. That means:

You’ve added to the world’s store of greatness. And no matter how you keep score, that’s a win.