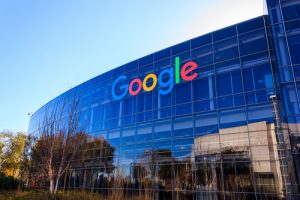 Google sent a memo out to its employees recently that was so unusual for the Silicon Valley giant that it made headlines. In short, it said: Hey, everybody! Time to focus on what we hired you to do and quit arguing.

This is the company that tells its people to spend 20 percent of their work time on their own side projects. It’s the one that encourages free-floating discussions and online forum chats during the work day. Or at least, it’s the one that used to do all that. Now Google is saying: Get back to your desks

You know what made them tell people to stop with the “debates about non-work topics”? It was just getting ugly and disruptive, online and in person. Also, people who worked at Google reportedly wanted clearer guidelines about what is and isn’t OK to say to each other, and how far people should be allowed to go. Admirably, Google responded.

You might ask yourself at this point: Does my business need a set of “community guidelines” like Google’s? Or, assuming you already have some kind of code of ethics or set of rules, do you need to update it for the new, politically charged and internet-obsessed reality we’re all dealing with?

If so, consider making it an opportunity, as I think Google has done, to restate the ethical and moral imperatives that make your business valuable to its customers and nurturing to its employees. We could all learn something from the “Three Google Values” stated in the now famous memo. They may sound very Silicon Valley but, really, they are universal and will work for any ambitious enterprise:

A really valuable statement in Google’s new guidelines was: “Don’t assume you have the full story, and take care not to make false or misleading statements . . . that could undermine trust in our products and the work that we do.” I’ll bet you only have to think for about as long as an average Google search takes to come up with an example of an employee or client jumping to an unfair conclusion and causing collateral damage around your business. Heading that off and calling for thoughtful communication? Definitely worth drafting up some new guidelines.