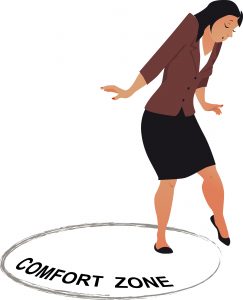 I’m sure you’ve had the experience of attending a workshop, or listening to a podcast, or reading a book that was so motivating that it inspired in you an epiphany about how you should be a more benevolent and empowering leader. A “servant leader,” as it’s come to be called.

So you walk into the workplace on Monday morning, filled with the burning desire to change your ways and do the right thing as a leader.

But your newfound, enlightened intentions come out of your mouth sounding something like this:

“Go forth, minion, and be empowered! Take charge and do it your way from now on. And also make sure to have a detailed report on my desk each week. And remember that you’re going to be evaluated by the district manager and the regional vice-president on all those brand-new empowered activities. And, come to think of it, so am I, so before you make any decisions, check with me. And whatever you do…don’t screw it up!”

Simply put, there’s often a gap (sometimes a gaping abyss) between our best intentions and our own actual, observable behaviors. This servant leader approach, in other words, is much easier said than done.

The good news is that there’s really only one thing you have to do to be a servant leader, only one–but it’s a doozy: Step back.

In academic circles they call that conclusion, “no duh.”

Here are four things to keep in mind that may make the servant aspect of leadership easier.

1. Be afraid and do it anyway.

Stepping back can be hard on a leader’s ego.  But you can do hard things. Can’t you? You can learn to trust your people so much that you find yourself standing in the back of the line and following them, only then enabling them to access their own potential. Only then are you a leader of others versus a dictator with minions.

At its core, empowerment means just what it says. It means giving power to your employees without so many restrictions that the outcome ends up dictating what they can and can’t do.

It means respecting them (and your own decision to hire them) and helping them gain trust in you and their “empowered selves,” by getting out of their way.

It doesn’t mean narrow guidelines, but it also doesn’t mean zero guidelines. Some of the areas where you might require people to consult with you include ideas that have budget implications, or changes that might directly conflict with the company’s culture or mission.

Think deeply on what kind of people you need. Hire them. Then step back. Let them be the great people they already were when you hired them. Let them feel free to exercise their ingenuity, share their ideas and act on them, without the boss breathing down their necks.

It’s the principle I refer to as “Extreme Leadership.” It is always substantive and rarely fashionable. It is intensely personal and intrinsically scary, and it requires us to live the ideas we espouse, in irrefutable ways, every day of our lives, up to and beyond the point of fear.

Between you and the employees you’re empowering, who’s supposed to be taking the risk? You. Who’s supposed to feel the safety harness as they climb and know that there’s a net under them should they fall? Them; your team. The people you are ostensibly wanting to serve. And that’s why servant leadership is hard.

The aforementioned Harvard Business School article quotes the philosopher Lao-Tzu as saying, “The highest type of ruler is one of whose existence the people are barely aware. When his task is accomplished and things have been completed, all the people say, ‘We ourselves have achieved it!'”

We’re not talking about “rulers” here, but the great sage’s point still applies.

Humor me for a minute and close your eyes. Picture the now famous “selfie”from the Academy Awards, the one that got so much attention on social media with Meryl Streep, Ellen De Generes, Julia Roberts . . . Got it? OK. Now, imagine your staff taking a selfie where they’re all laughing and crowded together, just like that. Let’s make that scenario a metaphor for your working life. If you want to do leadership right, you are not in that photo. Instead, you should imagine yourself as the camera, not the subject. Make sure the light is on the people you are empowering–not on you–if you want to brighten the picture for everybody, including yourself.