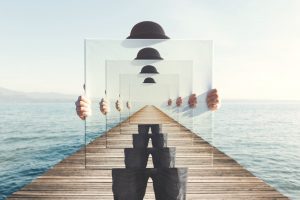 There is a natural comfort in doing what’s familiar, but the limitations are most certainly costly.

A colleague of mine has a daughter in her 20s who is making the rounds of auditions for major symphony orchestras all over the United States. She’s trying to get a coveted spot in a violin section in one of them. You probably assume that the secret to getting into Carnegie Hall is to practice extensively, right? But it turns out, the road to the concert hall also involves overcoming implicit bias in the hiring process.

You most likely assume that a symphony audition looks something like this: After spending 20 years of hard work learning the instrument, the candidate arrives in formalwear, shakes the hands of the judges and hiring committee members, confidently steps to center stage, and begins to play.

Turns out, symphony auditions are “blind.” They happen like this: Candidates are greeted backstage by a proctor and given a number. They play for the hiring committee while standing behind an opaque screen. They are forbidden to speak or make any sound other than the sound the instrument makes. They even walk on a strip of carpet, so the sound of their shoes can’t reveal if they’re male or female. Nobody gets to see them until after they’ve heard them play and decided if they like what they heard.

Part of this has to do with what’s called “implicit bias“ — people tend to prefer what they’re familiar with, and to favor people who are more like them. Even the greatest ears in the finest orchestras couldn’t get beyond the idea that every orchestra player isn’t a middle-aged white male, so the auditions had to be made “blind” in order to choose fairly.

So what does that have to do with managing a team in an office, or a sales force, or a service staff? Just this: People do have internal biases that keep your business from welcoming new people, new ideas, and new paths. You need to find your own screen that stands between your people and their prejudices.

These prejudices might be subtle. They might not be as clear-cut as always choosing a male over a female team leader. They might simply be a tendency to like some people better or assume certain people are qualified, based more on social popularity or beliefs that someone is too young, too old, or working in the wrong part of the company.

Here are a few “screens” you can put up to make sure that doesn’t happen:

Ask for ideas and suggestions to be turned in anonymously; run them past a group without saying who contributed what.

You may have an employee who has earned a reputation for good ideas, and another who, well, maybe not so much. Without knowing who turned in what idea, and by getting perspective from others, you’re much more likely to judge a suggestion fairly, on its merits rather than on someone’s reputation–good or bad.

As the executive leadership coaching, do you have a mechanism for people to complain, share new ideas, or suggest without identifying themselves?

You should, not only so that they feel safe expressing them, but so that you can take them in without knowing where they came from and avoid your own internal biases about individuals and what they might be capable of.

For instance, if you’re having a training session on crisis communications, invite your entry-level people and your part-timers and let them share their suggestions, too. When there’s a problem in one department, see what people in other departments might have to suggest.

Require people to respond to every idea tossed out in a planning session with “Yes, and.”

This is an old improvisational-comedy trick. It means you don’t reject anything in the idea stage; you accept it, think about it, resolve to build on it.

You know that doing things “the way they’ve always been done” is a recipe for stagnation. Do you want to hear the great new ideas that might come from unlikely or untested areas? Put up that curtain of fairness, and make sure all the people in your workplace get a chance to show you what their ideas sound like.