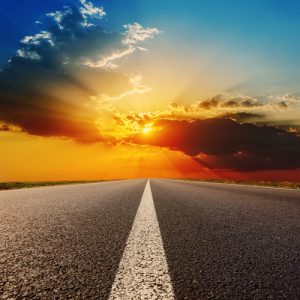 Fame and fortune may or may not define success for you, but you owe it to yourself to make sure one way or another.

You probably have spent your whole working life trying to succeed. But how much time have you spent making sure that “success” is what you really think it is? The irony, as the Gallup Poll researchers have pointed out recently in a study, is that you are probably already successful and just don’t know it yet.

Gallup and the social-science group Populace.org have completed the first national study of what “success” means to Americans. It’s called “Americans’ Perceptions of Success in the U.S.” and showed that when participants were asked what they think other people define as success, they named things like fame, status, and money.

But when asked what they themselves define as success, the responses were quite different. The markers for success that people chose in this case were education, relationships, and character, in that order. More than 90 percent said that “They, personally, do not see success as a finite resource that only some can enjoy,” according to the study.

So, do you think you have to be well known and rich to have a successful life? Luckily, that’s not what most people’s true, inner hearts care about–and that is what really matters. Less than 10 percent of those surveyed said fame was the most important thing to them. The majority said it was the least important thing.

People want to matter, yes–but not to strangers. They want to build relationships that last with people they care about; they want to contribute something tangible to their immediate community; they want to do work that they love in service of people who love the work they’re doing.

I find that incredibly refreshing, but also a little sad. Imagine how many of us are going through our entire lives and careers, chasing something that we think other people expect of us–something that’s not really as highly valued as we believe it is. Something that’s not the most important thing for ourselves, even.

The study goes further, and it’s even more interesting (and sad). If you ask the average American to define, on a scale of one to 100, where they think they are on the road to success, they’d give themselves a 68 based on their own definitions of what “success” means to them.

But they’d only give themselves a 31 if they think others in society were judging their success level. They’re looking at the wrong things–social media followers, external recognition from strangers–and thinking they aren’t doing as well as people expect them to. They’re wrong about that–but what can (or should) we as leaders do about it?

We Can, and Must, Change Minds and Hearts

Okay, leaders, here’s your challenge: figure out what “success” means to each and every person you work with. Maybe check out this “success” study with them, and get your own people thinking about how they would answer the questions. Hint: Most people said that real success means following their own interests, and maximizing their own talents, to become “the best they can be at what they care about most.” I agree, by the way. I’ll bet you do, too.

Do you know what your people care about most? Have you helped them maximize the impact of their own personal talents and interests? That starts with seeing them as individuals, and finding out what their values are.

We should get busy crafting a workplace that, as Populace puts it, “cultivates people in ways that harness their uniqueness and allows them to make their greatest contributions.” Now that’s what I call success.