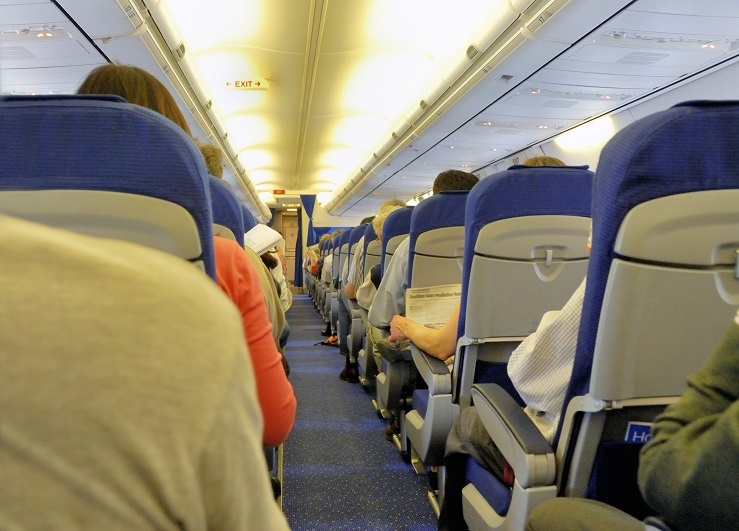 A Lesson from the Un-Friendly Skies of United Airlines

“Society is always taken by surprise at any new example of common sense.”~ Ralph Waldo Emerson

They’re called “Moments of Truth,” those critical points of customer contact that can make or break a business. Every interaction with a company makes us feel either better or worse than before we arrived. These interactions define the culture of a company. And it’s in a company’s best interest to make us feel better than before we arrived. Or at least it should be, shouldn’t it? After all, when we feel better about the experience or transaction we’re more inclined to provide repeat and referral business.

That wasn’t the case for singer-songwriter Dave Carroll when he witnessed his $3,500 Taylor guitar get broken by careless baggage handlers after a flight in the Spring of 2008. The ensuing bad PR caused United Airlines’ stock price to plunge by 10%, costing shareholders $180 million along with nearly 17 million negative views on YouTube (as of this write-up).

One would think United Airlines learned their lesson from that PR fiasco.

“Increasingly our customers want to know that they are supporting businesses that care. They want to feel like their ideals and needs were considered, not merely leveraged to make money.” ~ An excerpt from Bernadette Jiwa’s excellent book, Meaningful, the story of ideas that fly.

Fast forward to April 9th, 2017: United Airlines Flight 3411 was overbooked. Come hell or high water, four commuting crew members would be on that flight. The flight attendant asked passengers for four volunteers to take another flight. Airline dollars were offered, but there were no hand-raisers.

Merriam-Webster even got in on the action: “volunteer” means “someone who does something without being forced to do it.”

Instead of considering their options, however, such as providing volunteers with actual cash, first-class upgrades, $1,500 vouchers for future flights, or a different method of getting their four crew members to their destination, United called law enforcement to come to the gate.

To the shock and horror of fellow passengers, one overbooked passenger was forcibly removed. The frenetic scene was caught on phones, including this YouTube video link, and the vitriol spread instantly on Twitter, Facebook and other social media platforms.

United CEO Oscar Munoz’s tone deaf and insensitive Twitter post only added fuel to the fire: “This is an upsetting event to all of us here at United,” Munoz’s said. “I apologize for having to re-accommodate these customers.”

Wait a minute! What about the roughed-up passenger? What about doing the right thing? Where’s the compassion? What was he thinking?

Oddly, PR Week awarded Munoz its 2017 Communicator of the Year award just last month, lauding him as “a smart, dedicated, and excellent leader who understands the value of communications.”

For someone with a reputation of being a good communicator, Munoz missed the mark on this one and it’s costing his company in a big way.

Two days after this incident, United Continental Holdings stock went into a tailspin, losing a hefty $255 million of the airline’s market value. And the roughed-up passenger hasn’t pressed charges yet.

A message hangs at L.L. Bean’s headquarters in Freeport, Maine, (it’s on their website too), a message United Airlines should consider hanging in their HQs that best expresses the kind of consideration every United employee from the baggage handler to the CEO should honor going forward:

What is a Customer?

A customer is the most important person ever in this company — in person or by mail.

A customer is not an interruption of our work, he is the purpose of it.

We are not doing a favor by serving him, he is doing us a favor by giving us the opportunity to do so.

A customer is not someone to argue or match wits with. Nobody ever won an argument with a customer.

A customer is a person who brings us his wants. It is our job to handle them profitably to him and to ourselves.

A broken guitar, poor judgement regarding an overbooked flight and a weak response from an award winning communicator/CEO have cost United Airlines nearly half a billion dollars — and this tab is far from over. The debacle on Flight 3411 is already a case study in social media outrage.

When is enough, enough?

When will CEO Oscar Munoz and other leaders like him begin taking moral responsibility for the “moments of truth” in their organizations?

Finally, on Wednesday morning–after the social media firestorm and United stock taking it on the chin for several days–CEO Oscar Munoz made the media rounds with another attempt at an apology.

Is it too little, too late? Was he being authentic or just bowing to pressure? [Watch the video here]

What do you think? What would you have done?