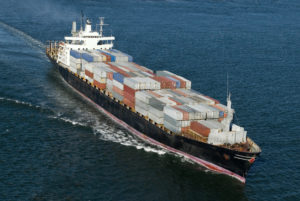 Mitch Luciano had worked for Trailer Bridge for three years, and things weren’t going well for the Florida-based logistics company. They had churned through three CEOs in as many years, and the business was generating about a one percent annual return on investment.

In 2014 the company’s board moved Luciano into the president role (he didn’t want the CEO title, and who could blame him?) with a mandate to fix things from the inside out.

Trailer Bridge, which primarily ships freight between Florida, Puerto Rico, and the Dominican Republic, has already improved its return on investment to 15-20 percent a year under Luciano’s guidance. It’s gone from a company with high employee turnover to one that last year was ranked as the seventh best place to work in Jacksonville.

Luciano, who recently sent four of his team to my Certification program, says the shift to a people-focused culture was essential to the lightning-fast financial turnaround.

Here are four simple yet profound steps he took that could change the course of any struggling culture:

Trailer Bridge has only 110 employees, so Step One for Luciano was to get know each one of them. He asked questions, listened, and learned their personal stories. Then he asked the other top leaders to get out of their offices and do the same.

“We had name tags everywhere,” he said. “I tore them all up.”

“In a company this small,” said Luciano. “We should at least know each others’ names.”

Trailer Bridge was a no-nonsense environment where people came in, put their noses to the grindstone, and focused on getting their work done. To some, saying, “Hello” to a coworker was seen as a waste of time, and they didn’t take too kindly to this new, human-centric approach.

Luciano tried to enlist the resisters, and many of them came around. Others left on their own. And some were dismissed.

“We had some negative people,” Luciano said, “who just did not want to participate in the people-focused energy we were trying to create. Unfortunately, I had to let them go.”

When some managers complained that they were too busy for this relationship stuff, Luciano encouraged them to create more time for people by ditching unnecessary, antiquated reports.

“Connecting with people doesn’t take four hours a day,” he pointed out.

Luciano writes a personalized card to every employee on their birthday, collects drawings of Trailer Bridge trucks made by employees’ kids, holds regular town hall meetings, and has an open-door policy that allows anyone to talk to him about whatever’s on their mind.

All of this adds up to only 30-60 minutes of his time each day, but it makes a difference in every employee’s life.

Because of the high turnover rate in the C-Suite, it was natural for employees to think that Luciano would be just another flavor of the year. He knew that he and other top leaders would have to model consistency.

“It takes years to build a culture and you can tear it down in a day,” he said.

Since the day he took the helm, Luciano has followed up on every employee suggestion–either by implementing the idea or by explaining why it couldn’t be done.

He knows if he ever stops that practice, people will notice and a piece of the culture will die.

Trailer Bridge, like all organizations, is still a work in progress, but Luciano loves the results he’s seeing.

And the board does, too.

People who had been hanging around for the paycheck now tell him they love their job and their coworkers.

And that’s translating to the consumer experience.

For example, one of their customers purchased a dump truck in Puerto Rico and had Trailer Bridge ship it to Jacksonville.

When he arrived at the dock to retrieve his truck, he couldn’t get it started.

The Trailer Bridge team–whose work was technically done when the truck was offloaded from the boat–jump-started it and sent the happy customer on his way.

He made it to the highway and the truck broke down.

In a panic, the driver called Trailer Bridge who sent their mechanics to his roadside rescue.

“I was going to be stuck sleeping in a dump truck on the side of the highway,” the customer wrote in a letter to Luciano. “Your angels saved my day. I just want you to know what amazing people you have working at Trailer Bridge.”

The letter brought tears of joy to Luciano’s eyes.

The company had turned around.