Byron Stephens has helped Marco’s Pizza grow to more than 700 stores in 35 states and three countries. 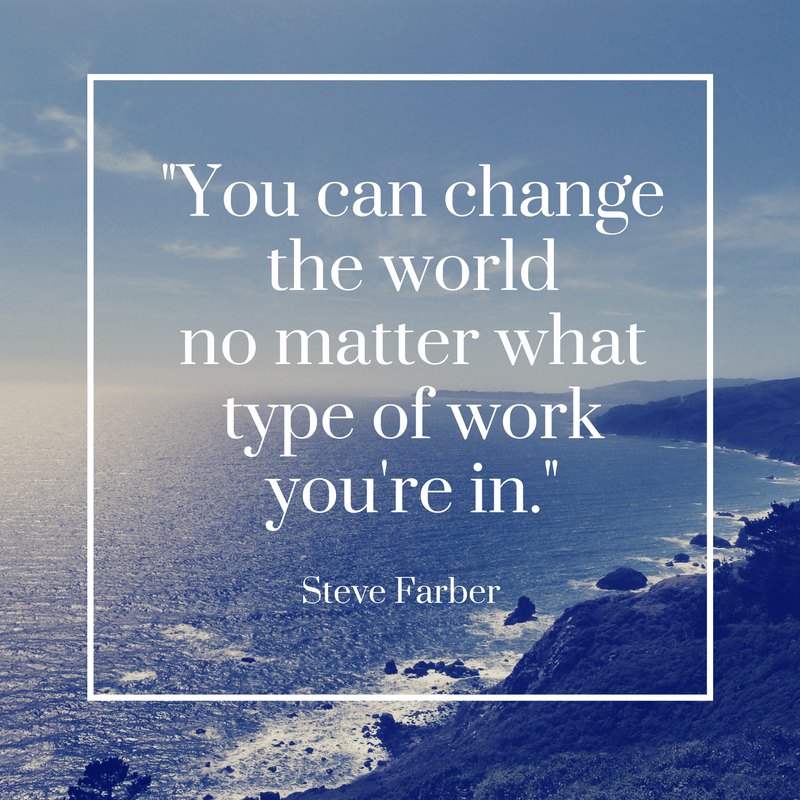 That type of expansion often kills a culture; in fact, while Marco’s growth numbers looked great on paper, employee morale began to nosedive.

As an organization, they were falling victim to the classic “Growth Trap.”

Stephens joined Marco’s Pizza in 2004 when it was a successful but regional chain operating 110 stores in three states. Now, he’s the president and chief operating officer for Marco’s (and was featured earlier this year on CBS’ Undercover Boss).

When Stephens plotted people’s attitudes and moods against the numbers, he saw that the company’s stellar financial growth was creating emotional misery in the team.

He knew growth wouldn’t last if he didn’t focus on “getting the people equation right.” So he turned the organization’s attention to some basic human principles.

Let’s look at three of these principles, along with some questions you can answer if you want to apply Stephens’s insights to your organization.

(Full disclosure: Stephens is a client. But rest assured: I consumed no pizzas–or any other currency–in exchange for his insights.)

Most of us are not accustomed to using the words “love” and “business” in the same sentence.

For Stephens, though, love is not an abstraction–it’s the underlying motivation for everything he does as president and COO. And it’s what drives his success and keeps him motivated when times get tough.

That kind of love gets and keeps a leader energized through the toughest days.

Ask yourself: “What do I love about my business and how do I show it?”

Stephens started out as a dishwasher at a Holiday Inn, so he understands culture at all levels. His career took off partly because of his hard work, but also because others believed in him and gave him a chance. And now that dynamic is encouraged throughout the Marco’s culture.

For instance, Joe Jaros started as a driver for Marco’s. He became known for his above-and-beyond service, so much so that customers would request that he deliver their pizza.

He shoveled snow of sidewalks for customers. He changed their light bulbs.

His excellence stood out so much that he eventually earned a part ownership in the store where he worked. Today he owns two other stores.

That sort of thing doesn’t happen at every store, of course, but many of Marco’s franchisees are known for giving talented employees the opportunity to achieve well beyond their original job description.

Ask yourself: “What great opportunity can I create for a talented member of my team?”

Not long ago, an elderly lady in Mentor, Ohio, fell ill and went to the hospital. She was treated and a few days later she was cleared to go home.

But there was no one to pick her up. She had no family or friends, and the hospital wouldn’t release her to a taxi.

So she called the only number that came to mind: Marco’s Pizza. The manger called an off-duty driver, and the driver picked her up from the hospital and took her home.

The manager and driver were recognized for their commitment to helping others, and rightly so. But Stephens points out something more. The store was owned by Jaros–the former light bulb-changing, snow-shoveling driver. Clearly, his leadership by example had paid off.

When you’re cooking pizzas and the phone is ringing off the hook, Stephens says, it’s easy to think of the pie as just another product. “We have to remember that every pizza we sell is an opportunity to impact the life of a customer,” he says.

Ask yourself: “How can we use our product or service to impact the lives of our customers?”

If your organization is falling victim to the Growth Trap–or if you want to ensure it avoids that snare–the time to do something is now.

Share what you love about your work so that others can share that passion. Create opportunities for others to grow with you. And empower your team to make a difference in the lives around them.