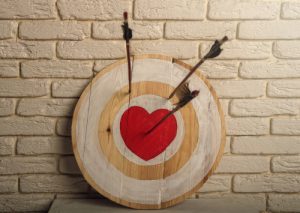 Graduation speakers, romantic comedies, and even our best friends from our freshman year of college have all, collectively, sold us a bill of goods.

It turns out, you probably won’t get hit by Cupid’s arrow with “love at first sight,” either in your romantic or your work life. In fact, there’s strong evidence that most people are never going to find a great passion in life. Nope, most of us are going to find someone nice to settle down with who’s no knight or princess on a white horse. And most of us are going to have decent careers and derive a lot of satisfaction from them. But, as a Stanford study concludes, you may not ever be “passionate” about what you do for a living. And that’s okay.

The researchers pointed out something that should be obvious: while you’re waiting for some talent or interest to hit you over the head with stardust and instant mastery, you miss a whole lot of chances to develop your skills, reach out to new areas, learn from other people, and build your leadership coaching credentials.

Prof. Dweck of the Stanford study said, ““My undergraduates, at first, get all starry-eyed about the idea of finding their passion, but over time they get far more excited about developing their passion and seeing it through. They come to understand that that’s how they and their futures will be shaped and how they will ultimately make their contributions.”

My colleague Bryon Stephens is a good example of that. He isn’t one of those guys who only lives to play the violin or sculpt or write code. He is, in fact, a guy who started out with a dishwashing job and rose to the executive ranks, becoming president of one of America’s fastest-growing pizza companies.

His dad told him something that steered him right way back in high school: “Get out there and be the best dishwasher that they’ve ever seen and see where that takes you.”

You know what Bryon did? He couldn’t afford to seek his “passion.” He was going to be facing that sink full of dishes, either way. So he listened to his dad. He let himself fall in love with the work he was doing, however humble and unglamorous. Bryon told me that he built a loving relationship with four things just out of sheer will: “The love of restaurants, the love of franchising, the love of leadership, the love of learning.” He transmitted that to the people around him; they saw it, and the environment all around him blossomed. Obviously, love was a potent weapon for Bryon, and his success speaks for itself: he went on to have a stellar career in the franchising world at Yum! Brands and then as president of Marco’s Pizza. He was even featured on an episode of Undercover Boss. Not bad for a dishwasher.

Those Stanford researchers made a good point: one reason people hope for “passion” is because they think it’s less work. They think they will magically avoid obstacles and challenges. The truth is, this stuff just is not easy. Life is complex, has twists and turns, and doesn’t always get you where you think you want to go. The study concludes that people who are resilient, who have reasonable expectations and build love and caring that turns every challenge into an opportunity to grow—those are the ones who have a happy and successful life.

How many people are toiling in low-level jobs, moaning because they wish they could find some “passion” to sweep them away? Meanwhile, they might be missing the chance to build love and satisfaction right where they already are, and letting it take them to a better place. Don’t be one of them.

So, maybe it’s not love at first sight, you and your job. But can you be the best damn dishwasher/assistant/trainee there’s ever been, despite that? Yes, you can, by making the commitment to develop mastery. That, it turns out, is what will get you where you were meant to be all along. Don’t ask Cupid; ask Bryon Stephens.