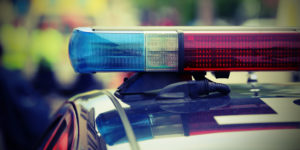 More than 30 years ago, a young police officer named Chris Van Gorder was nearly killed while responding to a domestic dispute. The city retired him from law enforcement and he spent the n
ext year in and out of hospitals.

While he describes the day he was injured as “the worst day his life,” Van Gorder unexpectedly discovered his passion for healthcare in the very hospital that treated him, and he went to work as their security guard.

Van Gorder went back to school to study hospital administration, and over the next 30 years he rose through the healthcare ranks to be the chief executive of two hospitals.

In 1999 he ended up at Scripps Health and became the healthcare giant’s CEO in 2000 when the organization was in cultural turmoil and losing about $15 million a year.

Now it is the only Double-A rated tax exempt healthcare system in California. It’s not only “cash strong,” but it’s highly rated for patient and employee satisfaction and has been named nine straight years to the 100 Best Companies to Work For list.

I was introduced to Van Gorder by one of his executive team, and–even though I’d read his book, The Front-Line Leader–I wanted to hear his advice for entrepreneurs and small business leaders striving to create a positive culture.

Here are four of his principles along with tips you can use to apply them to your business:

1. Get out of the ivory tower

Van Gorder stays personally connected by getting out of his office and regularly meeting with employee groups for an open question and answer session. He meets with any group that invites him (and only if he’s invited), and he never goes with a preconceived agenda.

Meeting with frontline employees helped inspire the Scripps Leadership Academy, a year-long program for 25 managers at a time. It begins with a Q&A with Van Gorder, and promotes discussion and understanding throughout the leadership ranks.

One of the first things Van Gorder did as CEO of Scripps Health was set up a Physicians Leadership Cabinet. He gave the advisory board access to information and data about key decisions for the entire organization, which allowed them to see the big picture and make decisions based on what was best for the enterprise.

“They moved away from what’s good for me as a physician to what’s good for the group,” Van Gorder said. “Then we translated that part of the culture over to the rest of the employees in the organization.”

Leadership Tip: Take some business intelligence that you’ve been keeping to yourself and share it with your team.

3. Look for and encourage hidden talents

During Van Gorder’s first six months at Scripps–when he was still COO–he found himself sitting in the back of a meeting room as the CEO at the time struggled to provide direction to the distressed staff of a nearly failing hospital.

Responding to the vacuum coming from the organization’s supposed leader, one of the nurses stood up and rallied the crowd.

“We know how good we are,” she said to her colleagues. “We’re going to make the changes we need to make and we’re going to be just fine.”

Van Gorder took notice of the woman’s natural leadership ability and asked her if she’d ever considered being Chief Nurse.

“I’m never going to be qualified for something like that,” she told him.

Nonetheless, Van Gorder encouraged her to think about it and promised that he’d keep his eye on her.

17 years later, that nurse has received her PhD and is now Chief Nurse and Operating Executive at the same hospital.

Leadership Tip: Find someone in your company with unused talent and offer your support and encouragement for their development.

When a Scripps manager and his daughter were severely injured by a grizzly bear attack while they were hiking in Glacier National Park, Van Gorder and his Chief Medical Officer rushed to Washington to assist in their care.

“We didn’t even think twice about getting on an airplane and going up to take care of one of our own,” recalls Van Gorder.

Afterward, Scripps created an “employee concierge” position–one employee who stays on the lookout for fellow employees in crisis. Then the organization reaches out and helps that person.

Leadership Tip: Offer your personal help to an employee or team member in need.

“This is an organization that already has passion, because we’re caregivers,” says Van Gorder. “Our whole culture is one of taking care of each other. If we don’t love our people, they’re not going to be able to love our patients.”