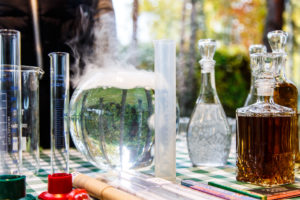 “I’m a firm believer in not knowing,” Teno says. “All things that have potential reside on this edge between knowing and not knowing.”

But this much we know: As president of Athleta, the women’s athletic wear company, Teno helped build an organization known for its collaborative, heart-led culture. (My daughter works at Athleta HQ and raves about the place).

We also know he led Athleta through tremendous growth and helped engineer the sale of the company to Gap in 2008 for $150 million.

And we know his latest venture, men’s sports apparel startup, Qor (pronounced “core”), is already achieving over 30% yearly growth in part because it’s replicating the Athleta culture of caring.

Teno is hesitant to tell others what they “should” or “should not” do. Nonetheless, here are four things I learned from my inspiring discussion with him:

One of the turning points for Teno came in the ’90s when he was a hard-charging rising star with L.L. Bean. He worked long hours, won the favor of his supervisors, and was promoted from financial analyst to a succession of leadership roles including Director of Customer Acquisitions.

He felt like a good person on the inside, he says, but became an autocratic, disrespectful controller when he walked through the office doors.

When the HR department pointed out his flaws, he spent a significant amount of time in self-assessment, communication skills training, and leadership workshops figuring out how to “represent” himself better.

He listened more. He was kind to his colleagues. And he invited others to be the authentic, warm, outgoing people they were at home instead of being “business people.”

It’s an ongoing process, he points out. And it’s filled with uncertainty. (That’s a good thing).

Teno’s original business plan for Qor included all the usual components: the product, the market, the competition, financial models, etc.

But it also included an intentional focus on creating a collaborative, heart-felt culture similar to what he’d seen work so well at Athleta.

“I saw a group of people from diverse backgrounds come together with a common purpose and treat each other extremely well along the way,” he says. “The impact of that was spectacular results. Naturally, I want to capture the power, the energy, the potential by trying to re-create that same human approach at Qor.”

That means personally modeling humility and demonstrating the power of vulnerability so that it becomes baked into the culture.

“For me,” he says, “it’s about working with the right people.”

That’s why his core team at Qor consists of people he worked with at Athleta–people he knew would naturally carry the culture with them into the new venture.

Which brings us to…

Individuals contribute to companies in individual ways, of course, but Teno never loses sight that success–especially when it comes to creating a great culture–is a collective effort.

He has an avowed bias for “we” over “I” when describing business accomplishments. So if you pose a question to him like, “What did you do well?” he will squirm a little and then insist that the “you” be plural. Working with people in a vulnerable, heart-centered way leads to shared successes, joys, sorrows, and frustrations.

“That community has a life force of its own, and it didn’t come from me,” he says. “It is all of our efforts, all of our energy combined, that propels this thing forward.”

We have relatively short windows on this planet during which we can make a difference, so the least we can do, Teno says, is “treat each other very, very well during the time we have together.”

“There’s something about opening your heart and showing that you’re there, that you’re listening,” he says. “I’m hesitant to use the word, but it is truly, absolutely, all about love. When people feel that, it is profound.

“There is no greater thing that one can experience in or out of the workplace. Defenses fall away. People know they’re in a safe place, so they’ll show you anything and talk about anything.”

“Business is not a rote numbers kind of thing; it’s not facts. It’s not linear,” he says. “You can’t take two swigs of leadership in the morning, a management pill in the afternoon and get somewhere by the evening. That’s not what I’m talking about. It’s alchemy.”

Maybe that’s one thing Joe Teno knows for sure.